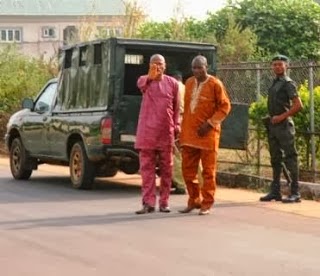 Following his arrest by the police, Pastor Chibuike Isreal, 28, appeared before an Ejigbo Magistrate’s Court on Thursday in Lagos, over alleged unlawful carnal knowledge and stealing.

The accused, who resides at the Ijegun Area of Lagos, is facing three-count charge of S3xual assault, stealing and obtaining by false pretences.

The prosecutor, Femi Adeleye, told the court that the accused, Pastor Chibuike, unlawfully had S3x with the woman, when she was nine months pregnant for her husband.

Funny enough, Pastor Chibuike pleaded not guilty to the charge. His counsel, Jacint Ogbedele, pleaded with the court to grant her client bail in the most liberal terms.

And the Magistrate, P.E. Nwaka, granted the accused bail in the sum of N200,000 with two sureties.