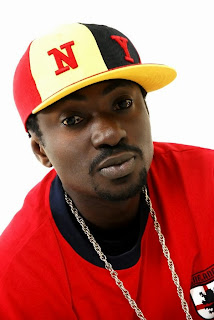 A few days after his celebrated war with his former band mate and friend, Tuface Idibia, fortune has smiled on Blackface as he has signed a N52 million deal with Franchise Events Limited.

The deal which also includes a car and a house sees Blackface become the record label’s biggest name. The former Plantazhun Boyz co-founder can now rest and let his bosom friend Tuface rest after the brouhaha about not being paid royalty for the ‘African Queen’ he claimed he wrote.

The song gave Tuface the perfect platform for his meteoric rise in the music industry and Blackface has not forgiven Tuface, letting the whole world know he has been wronged by 2Baba. Added to that was the issue of Tuface’s wedding in Dubai where Blackface said he was not invited. But last week, Tuface said in an interview that he had invited his former stable mate but he refused to come. Trust Blackface, he responded immediately, saying he was not invited. He also used the opportunity to tell Tuface to pay him the royalty.

In a chat with pulse.ng on the deal, Franchise Events Limited spokesperson said they decided to settle for Blackface because of his versatility, staying power in the music industry and his brand of music.