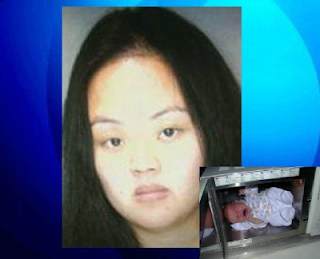 A mother faces life in prison after she cooked her infant in the microwave. The woman’s name is Ka Yang and she was a resident of California. The judge associated with this case also uncovered enough evidence to convict Ka Yang on a murder charge, as well as the torture she ensued on her daughter leading up to her death.The prosecutors assigned to this case determined the death penalty was not an option.Instead of the death sentence, Ka Yang will spend the rest of her life in prison for cooking her daughter in the microwave.The child died on March 17th from life threatening burns after her mother threw her in the microwave and pressed start. A medical examiner investigated the infant’s body and discovered the radiation inside the microwave fried the baby’s internal organs. Ka Yang’s lawyer tried to defend her actions by telling the judge her action’s are excusable because she suffers from severe seizures. Her seizures supposedly led her to throw her seven-week-old baby in the microwave.The defense attorney also said Ka Yang was in a state of panic and didn’t know she was harming her child.Ka Yang told the court she doesn’t even remember committing the crime.Her family also told the judge when the woman has seizures she envisions bright light and forestry before they take full effect. District Attorney Chris Ore told the courtroom the woman didn’t experience a seizure when she threw her baby inside the microwave. He also said Ka Yang fabricated the story when she called 911 after she fried her daughter.When detectives first arrived to her residence she told them the baby fell on a heater while she was experiencing a seizure. Dr. Gregory Reiber said the infant endured excruciating pain while being cooked inside the microwave.The woman allegedly did this to her infant because she didn’t want to be late for work.