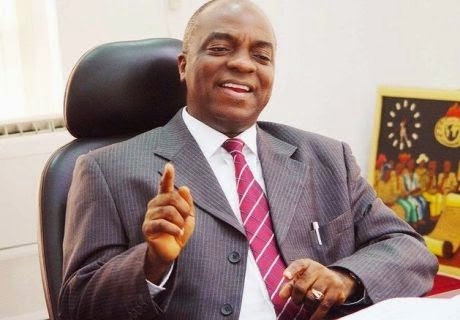 The Founder of Living Faith Church aka Winners Chapel, Bishop David Oyedepo, in an interview with Saturday Punch said the reason there are so many rich people in 33 year old church is because they know better than others and understand the importance of tithe (Let’s not start with this tithe talk abeg, if I start now, we will start fighting here…lol). Anyway below is excerpts from the interview…

Why are there so many rich people in Winners?
Because they know better than their contemporaries. If you don’t know what you have, you won’t know if you are deprived of it. The Bible is an open chequebook, it is by revelation we access what belongs to us; by faith we take delivery of it. Someone had access to our empowerment programme and she is a pepper seller, while others sell one basket a day, she sells six, seven. I learnt she had become the envy of all the pepper sellers in her area. Such person has an understanding that whatever she does, she prospers and she knows that when she pays her tithe, she experiences open heavens. But in case people don’t know, they perish for lack of knowledge, and in case they think when you are rich you miss heaven, then they perish for lack of knowledge.

So, it’s right when people claim that this church is only for the rich?
It’s for all the people who believe that Jesus already paid for them to be rich. And those who don’t believe, when they come they start believing when they see it happen in a lot of people’s lives. And we are not ashamed to be called the church of the rich. If they call your family poor, will you be excited? Nobody would be excited. Even when a family is poor, they hate to be called poor. No man in his right mind enjoys being called poor, and nobody truly wants to be poor, people may pretend. Which is more honourable between being a giver and a beggar? Most of us came in very poor, but the light of God’s word came on us and we walked out of poverty in grand style into wealth and riches.
How come there is such wealth in the church despite the poverty in the nation?
The kingdom of God is funded by God’s resources. We are not funded by the economy of the world, but by the economy of the kingdom, which has a budget for all of its agenda on earth. We’ve been here since 1999 and we have never had power outage or water shortage. The main players are Nigerians, the builders are Nigerians. There is no building here that any foreign expert took part in. There is no foreign company’s presence here, including the tabernacle. Some of the revered foreign companies here in Nigeria are technicians in Germany, and they are all political contractors, not that they have something special to offer.