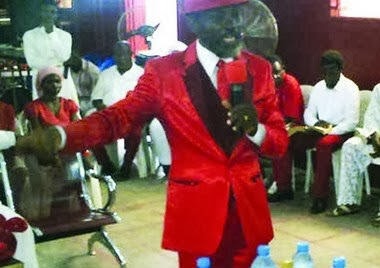 Founder of “As The Lord Said, It Should Be Done Temple”, Pastor Blessed Oguguamakwa Dikeh seems to be in the mould of those who are out to challenge the status quo. He has declared that Christians should forget about the second coming of Jesus Christ (rapture), saying that it would never come to pass.
In his words: “There is nothing like hell fire after life. Heaven is here on earth already. When you are suffering, you are in hell fire. If you are in poverty and cannot pay your house rent then you are already in hell. But when you are in heaven, even if you reside in a flat, your landlord will come and beg you for money. He would even say don’t worry, I will give the other tenant quit notice for you.”
In an Interview with Daily Independent, Pastor Dikeh further insisted that:
“There is nothing like rapture. If you tell me that rapture means when a person dies, his soul goes back to God and his flesh to the dust, then I will agree, but anything other than that, I don’t agree. Don’t let anybody deceive you.
He also stated (like the Jehovah Witnesses) that there’s no hell fire after death.
Pastor Dikeh also dropped another controversial statement:
“I pray in the name of God, because my father, Adam, did not pray in Jesus’ name. Jesus is a servant like me. He has finished his assignment and has gone. I am a servant too. When I finish my work, I will go. Jesus has done a good job, but I have problem with people who are giving him the honour that is not due him. If you say Jesus is the saviour of the whole world, who then is God?”
The pastor recently came under heavy criticism by Nigerians over his strange biblical beliefs and the purported serving of alcohol to members in his church.

like pastor Nicodemus will say “u are on your way to hell” that’s  all.