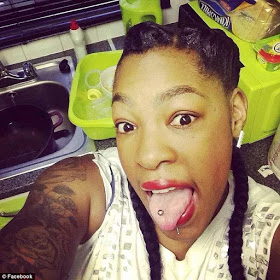 The single mother of four was obsessed with the idea of having B00b job, she stopped feeding her children, Tottenham, North London, England, UK.

Unemployed Naica Gibson and her four children, aged between one and 14, from two different fathers, live on benefits. The woman stopped buying food for her kids, refused to pay for clothes and school trips for two years as she was saving up to pay the $6,750 for her operation and travel costs to Poland.

She put away $160 every week and by the end of the month she had no money left for the kids. Sometimes she took her children to their grandmother’s house for the dinner. Trying to justify herself she claimed that she “also had to cut back on pretty much everything and missed meals as well as them.” 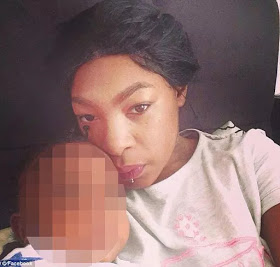 Eventually, after two years of saving she visited Polish clinics to get her dream Brea5ts but already on her way home she realized that they look unatural and became extremely firm. Her second attempt to fix B00b surgery also failed, she picked up an infection and had to go to hospital. Later the 31-year-old said:

“I was determined to get my dream B00b job no matter what, even if it meant cutting back on things for the kids. I’m from England and deserve the treatment if I need it. I don’t see anything wrong in using my benefits for a B00b job.” And even now Naica is still asking the British taxpayers to fund $8,000 corrective surgery.