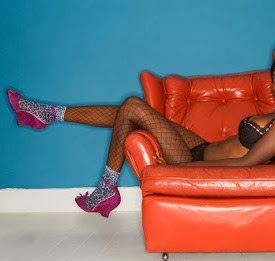 This is a controversial issue because it is not easy for many to resist temptation. The wife was tempted and she could not resist it. But the husband is saying he can’t marry her again, calling her Pr0stitute and all sorts of names and has decided to divorce her. The wife is begging for forgiveness. Below is their story
A married couple work in different cities; the husband works in Abuja while the wife work in Lagos. He goes home every weekend to spend time with her. They both have facebook accounts.

One day while bored at work the husband playfully creates a facebook account with a fake pix, he sends his wife a request and she was attracted by the handsome young man, hence she accepts his request.

They chat regularly over one month, she finds him exciting and was always looking forward to chatting with him. She began to hate weekends because he online lover was never available to chat with her, not knowing that the “online lover” is her husband who is by her side at weekends.

They chatted about everything, recently their chats became very S3xually explicit, and she got turned on by the things he asked her to do. Then, one day he asks her to send him a photo of her private part.

Surprisingly, the married woman excitedly send the private photos without hesitation. Her angry husband then asks her to take photo of her body parts and she did.

As soon as he got all the photos in his inbox, the husband reveals his true identity.

The wife is ashamed of herself and begging for forgiveness. The husband said he believes that is how his wife go about sharing her body with men on facebook. He said he can’t marry such a cheap woman again.

– What is the way out here? Should the husband forgive her or not?