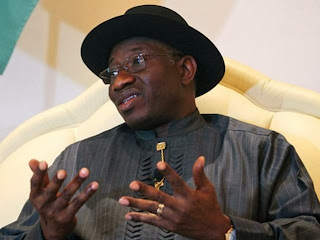 Nigeria’s Bureau of Public Enterprise (BPE), on Friday in Abuja announced that President Goodluck
Jonathan has approved the privatisation of the nation’s four refineries.
The Head of Public Communications of BPE, Mr Chigbo Anichebe quoted the President as saying that privatisation of the refineries was in keeping with the economic reform programme of his administration.
“This is in keeping with the transformation agenda, which seeks to catalyse and provide an enabling environment for the private sector to be the drivers of economic growth in the country.’’
The four refineries are Port Harcourt Refining Company Ltd. (PHRC) I, Port Harcourt Refining Company Ltd. (PHRC) II, Kaduna Refining and Petrochemical Company Ltd. (KRPC) and Warri Refining and Petrochemical Company Ltd. (WRPC).

The labour unions under the oil sector have all kicked against the planned privatisation of the refineries.
A statement by Chigbue also said that the President similarly approved the constitution of a Steering Committee consisting of stakeholders from relevant ministries and agencies for the privatisation process.
According to the statement, the Steering Committee will advise the National Council on Privatisation (NCP), headed by Vice President, Namadi Sambo on the best way to privatise the refineries.
“The committee will review the diagnostic reports and recommendations of the transaction advisors and make recommendations to the NCP, propose modalities and make recommendations on labour matters to ensure a successful privatisation.
“They will also oversee the general process, make recommendations, carryout any other ancillary activities relevant to the attainment of the goals of the Federal Government in the privatisation of the nation’s refineries,’’ it said.
The Steering Committee is chaired by the Minister of Petroleum Resources, Diezani Alison-Madueke.
Other members of the committee are the Minister of Finance and Coordinating Minister of the Economy, the Minister of Power, Minister of Labour, the Minister of National Planning, Minister of Mines and Steel Development and Minister of Justice.
The chairman of the Extractive Sub Committee of NCP, Special Adviser to the Vice President on Economy, Group Managing Director of NNPC and Director General of BPE were named as members.
The Group Executive Director (Refineries), NNPC, the Managing Directors of the refineries are also members while the Director of Oil and Gas Department, BPE, will act as Secretary of the committee.
The Director General of the BPE, Mr Benjamin Dikki, pledged the commitment of committee in carrying out the exercise.
“The directives we have is to conduct the privatisation process transparently, complying with due process and international best practice. We are expected to improve on the high standards set in the power sector transaction, which has received accolades all over the world as being very transparent,” he said.
Dikki added that further details on the transaction structure and time table would be announced after the Steering Committee’s inaugural meeting.
The refineries were first privatised in 2007 by the Obasanjo administration, but public outcry against the sale made the government cancel the deal and refund the money of the buyers.