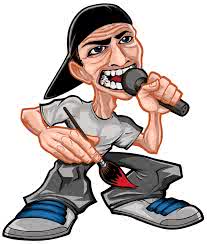 Here I am after a long lazy break from writing; this right here is just my opinion about what I feel about Nigerian rap, rappers and how to make fame and fortune from rap.

It’s been a week of hip hop in Nigeria, ever since the release of the top 10 gifted rappers in Nigeria, via the online music platform: Notjustok. For those who didn’t know, I was a part of the team that contributed to the birth of that list, I don’t agree with the final list though.

So if there is a time to talk about Rap music in Nigeria, the time is now.

Just recently I watched an interview on TV, where the legendary lyricist Modenine (All respect to the legend) poured out his mind about haw
bad he felt, about putting out a body of work and people ignored. For a moment I felt annoyed also, then later I thought of it, if he directed his annoyance to the core rap fans, then may be. But if it was directed at the music fans in general, then he really misses the point.

Rap has really come of age in Nigeria, but there is still a lot to learn and there is still room for improvement. Rap music was really never accepted in Nigeria at a time, it was so bad that rappers couldn’t even make a living off their music.

This perception of not being able to make a living off rap in Nigeria was however proved wrong by M.i Abaga, after he dropped his first album.

Let me state at this juncture, that i am not trying to give a lecture about rap and it’s basics, I’m not a hip hop head, I’m just going to give my opinion about how a Nigerian rapper can make fame and fortune off rap in the Nigerian market.

I will just state some few personal points and proffer possible solutions.

– The ratio of acceptance of rap music compared to other genres is like 1:100 ( Just accept)

– We really do not have Hip Hop concerts in Nigeria where only rap lovers can pay to watch.

– And the bitter truth is that the bulk of the so called rap lovers in Nigeria as at now would rather download rap songs and tweet about it, than buy rap albums.

My second and third points above do not apply to the likes of M.I , and other Nigerian rappers who have done well in understanding the Nigerian music market, and gone a step ahead from spitting bars on bars, to making rap music, emphasis on the MUSIC.

Since the bulk of Nigerian music listeners are not core rap fans, it is a not so wise decision to make rap albums, and get mad when the majority do not buy it. You cannot force stuff down the throats of people.

M.I Abaga came into the game and shot up the chats of the Nigerian rap scene in no time, with 2 albums and 2 mix tapes, he can be regarded as the best and not so many will raise an eye brow. Here are a few things to learn from the rapper. .

– Firstly, talent is key. If you are not talented and brilliant, do not bother going into rap or music at all.

– In a country like Nigeria, it’s not advisable to make an album with content that won’t appeal to the majority. So whenever you want to make straight up rap music, do it for your mix tapes and put it up for downloads. The few rap fans will download and still rate you.

– Use good beats, use very catchy beats. A lot of time I listen to some rap songs and the beats do not just appeal to me. The beat of a song alone can make a listener listen to your song.

– Make your lines basic but real and meaningful; tell stories about topics that appeal to the typical Nigerian.

These points stated above are pure facts for any rapper who wishes to make it off rap music. A living proof is M.I abaga. This method is a win-win situation; you gain your reputation as drugs rapper through your mix-tapes, and also make a name and fortune on the bigger scale through your albums.

Diversify, explore your talent, and channel your rap talent into being a musician, that way you will appeal to a wider audience, and make rap more acceptable. It’s not really reasonable to cage yourself and do rap for the minority, when really you can make music for a bigger market and make more fortune off it. I mean, who says a rapper cannot make a party song?

It’s show business after all, and I believe every artiste is in music not only to make a name, but also to make a living from it, so be wise and get enlightened.