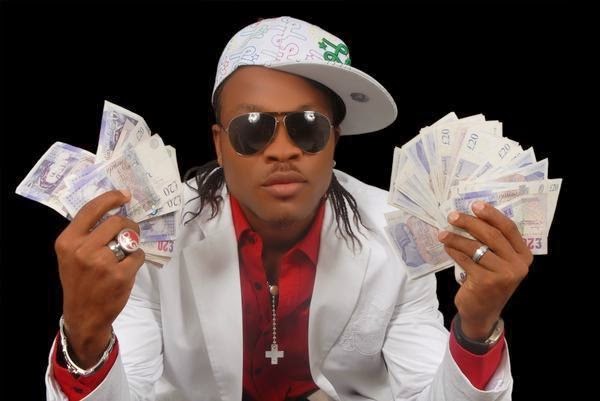 Though much has not been heard from him lately, except that he just released a song on Boko Haram. African China in a new interview has revealed that his colleagues betrayed Nigerians when he called them to feature in his new song, ‘Boko Haram’, where they can speak up, and be the voice of the people, but most of them refused to join him. He also says the Government should be  blamed for Boko Haram crisis.
Interestingly, African China has given his life to Christ and might fully go into God’s ministry, if he’s called. The interview after the cut.
Speaking about  his latest song, Boko Haram;
The evil in mankind. If Nigerians wanted President Goodluck Jonathan to resign, trust me, it is not a thing of killing innocent souls. If you do not want Jonathan, it is as simple as rebelling like campaign just ok ooo, you promised us good road, good health, electricity, fuel but scarcity and you have not delivered. But the issue of taking lives, I don’t buy the idea. That was why I stood up to write that song. When I wanted to do the song, I called few of my colleagues that I wanted to do a song of such, they were all happy and they were like ‘it’s good’. But when it was time to do it, everyone started running. The next thing they said was; ‘na you now, you are the best man in position to talk about that thing, you know me I can’t,’ and that was it.
On his Gospel;
Actually, I will say maybe the calling of God has started manifesting. The thing is, I will not say I am diverting to gospel music, but it’s just that African China is a conscious artistes and I have a lot of gospel fans, so, my pastor advised me to do a compilation of all my gospel songs, both the old and the new ones into one CD. If you listen to the songs, you will hear those old gospel songs. So I did everything together and called it ‘The Gospel.’ So, I am not diverting. But if the call comes, I will gladly go just like this popular gospel song, ‘here am I, send me, here am I, send me, if the Lord wants somebody, here am I, send me.’ So, the gospel songs are for the Christians, while the secular songs are for those that know African China.
On who to be blamed for the many bomb blasts, African China said;
I will tell you whole heartedly that the government has to be blamed, the leaders, most especially, because if I want to use the word political parties, I will be making a big mistake because right now, as we speak, some states are been ruled by some, I will say we have two strong parties, so when I say the leaders, I am talking to these two parties. As long as you are a leader, I am talking to you. We have a vital role to play in this issue. Now, they installed CCTV cameras everywhere in Lagos, Abuja and other states, and still you cannot tell me you saw these people, haba, why are we lying to ourselves? Yes, we want to copy the ‘White people’, but we don’t copy the good things, we copy the bad things. What do we copy? Our ladies want to start smoking in a H0t weather, not knowing that over there that people smoke because of the cold. Our ladies in Nigeria, under the H0t sun, start smoking, what for? Not knowing that it affects them during pregnancy. Nobody wants to know that. The ladies do not want to know. It is fun to them. But it is not fun to us. Our ladies want to divorce their husbands, why? Because over there, it’s a woman’s world but here, it’s a man’s world, why? Here, we pay bride price, over there, you don’t pay bride price. The bride price you pay is when you divorce, you split. How can you pay bride price here in this country? That is one thing they need to sort out in this country. How can you pay bride price and at the end of the day, your wife wants to divorce you? I want a 50/50 of your property, how? The House just needs to stop the fact that ok oo, no more bride price.
He also spoke about the abducted girls;

Not at all. They don’t even care. The governments don’t care. Like in that song ‘Anugboko’, I said ‘the government thinks say me I don craze, they think say I be born thruway?’ Nigerians are like born thruway, wetin concern them. Do you know why Jonathan is concern now, it’s because celebrities from outside countries are now the people campaigning that’s why. If you play the song, they will tell you don’t play the song on air. They are jeopardizing the image of this country, which country? If the country is not good, it’s not good. Let’s call a spade a spade. What is not good, it is not good. If you no do good, we should say it. What happened in Egypt, Syria, Libya? You are ruling these people and they pay taxes. Where is Michelin company today? They are now in Ghana. How big is Ghana to compare to Lagos not to talk of Nigeria. This country is fu*ked, I think it’s high time we split.