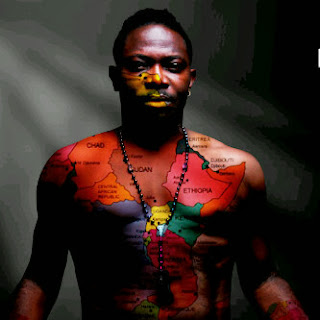 Good fortunes follow the legendary producer as he gets a new Land Rover Jeep and also gets his house reconstructed too after his kidney transplant in India. Checkout this excerpts from his interview
What were your thoughts when you were told you would undergo a kidney transplant?
It was scary because I find it hard to take an injection let alone cutting the body for surgery. I didn’t really welcome it but with time I had no choice than to give in to the idea and hope for the best.
What do you have to say about the controversies that surrounded donations towards your kidney transplant?
Well, there are well meaning and bitter people in Naija. Most people were just complaining and these people didn’t even donate. All the figures flying in the air then were just fake and make-belief from different angles because if we had the money we wouldn’t have the governor donate N16million. Lots of cheques that some people donated bounced. I don’t want to mention names and when we called them to come for their cheques they didn’t come for it. We didn’t want to talk about it in the media because it was about saving a life.
How would you describe your wife, who volunteered to donate one of her kidneys?
I will say she is a wonderful person because it is one thing if God is telling you to do something but another to do it. It takes a lot of courage to actually do it. Just as Jesus had made the water for Peter to walk on, Peter needed a lot of courage to take that step and that was what she did at that dying minute. Even when the doctors came to tell her that they would have to cut her all the way to the back and would have to remove a rib so they could have access to the kidney and if after that you still go ahead to do it then that is serious courage. I will say she is a courageous woman.
We heard that you are lodged in a hotel for now because your house is undergoing reconstruction?
Yes. Someone by the name Felix Edebo actually spoke to me about that before the surgery and advised I should do a reconstruction because of hygiene during recovery. I was reluctant because of finances, he said he’d give me a call and before he left he gave me $1,000USD. Days later, he called and asked for my account details and paid in N6 million for the reconstruction and still told me he had a gift for me, and then he gave me the keys to a Land Rover jeep. We are having an extension to a bungalow which will be the main house, because the way the house was structured originally had studio with it. It needs to change, people come into the studio a lot and I have to control the hygiene. So I have to separate the two in order to sanitize the house.
The Land Rover jeep OJB was given as a gift from a certain Felix Edebo, the same man who funded the reconstruction of the producer’s Surulere home
When are you hoping to get back to work?
I guess my first work is going to be with P. Square. Hopefully we’ll be doing something as soon as possible, and then mix some of my old songs. Using my experience to help people is another thing I want to do and very soon I’ll start a foundation.
What lesson has this experience taught you?
It’s more spiritual really. I see it as, anybody that has God should be anxious for nothing’, because he has you in mind, you might think He doesn’t but He does. It has changed my whole perspective now.