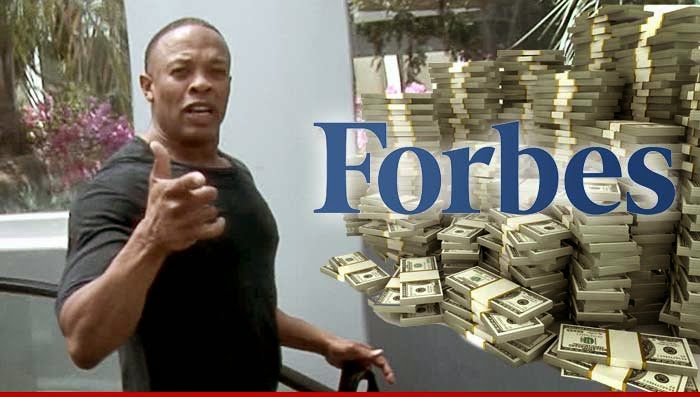 And this is according to Forbes, cos TMZ reports a rep for Forbes told them that once the $3.2 Billion Apple deal is finalized, the rap mogul will NOT hit the billion dollar mark.Forbes Assistant Managing Editor for Wealth says they’ve done the math, and after state and federal taxes, Dre will be worth in the neighborhood of $800 million. It appears Dre only owns 25% of the company, so the max he’d make off the sale is $800 MIL. After state and federal taxes, he’s left with $480 MIL, and when you add in Dre’s other assets, that’s how Forbes now comes up with $800 MIL.  The editor says:

“Not quite enough to debut on the Forbes 400 but plenty for bragging rights.”