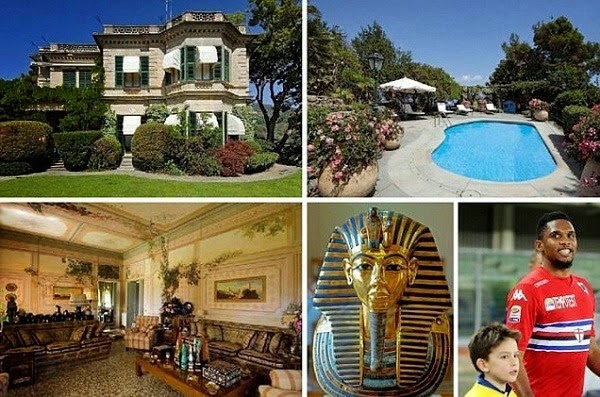 The football star, who recently made a switch to Sampdoria in Italy,‎ is said to have splashed out a whopping sum of £18.5m on the historic property in Portofino, near Genoa in northern Italy.

According to Corriere Dello Sport, the newly acquired mansion has a total number of 40 rooms and 30,000 square-metres of land…. See pics after the cut: