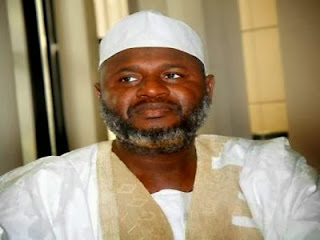 Former Zamfara State governor Senator Ahmed Yerima, according to City People magazine, has allegedly divorced his now 17 years old wife Maria to marry another.
Yerima wedded Maria, who is from Egypt, amidst wide protest 3 years ago when she was just 14.

Now he has divorced her, allegedly to pave way for him to marry another young bride since Islam permits just 4 wives.
Maria already has a child for him.

City People now says Yerima in the company of four men, reportedly members of the Zamfara State House of Assembly were in Egypt a few weeks ago for the wedding fathia of his new 15 years old bride.