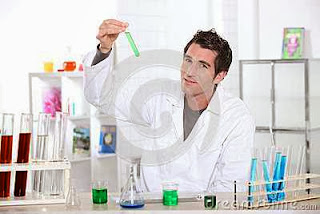 Scientist at the Gladstone Institutes have identified the precise chain of molecular events in the human body that drives the death of most of the immune system’s CD4 T cells as an HIV infection leads to AIDS.
“Gladstone has showed how the body’s own immune response to HIV causes CD4 T cell death via a pathway triggering inflammation, and secondly by identifying the host DNA sensor that detects the viral DNA and triggers this death response,” said Dr. Robert F.
Further, they have identified an existing anti-inflammatory drug that in laboratory tests blocks the death of these cells — and now are planning a Phase 2 clinical trial to determine if this drug or a similar drug can prevent HIV-infected people from developing AIDS.
Two separate journal articles, published simultaneously in Nature and Science, detail the research from the laboratory of Dr. Warner C. Greene, who directs virology and immunology research at Gladstone, an independent biomedical-research nonprofit.
His lab’s Science paper reveals how, during an HIV infection, a protein known as IFI16 senses fragments of HIV DNA in abortively infected immune cells. This triggers the activation of the human enzyme caspase-1 and leads to pyroptosis, a fiery and highly inflammatory form of cell death.
As revealed in Nature, this repetitive cycle of abortive infection, cell death, inflammation and recruitment of additional CD4 T cells to the infection “H0t zone” ultimately destroys the immune system and causes AIDS.
Siliciano, a professor of medicine at Johns Hopkins University, and a Howard Hughes Medical Institute investigator. “This one-two punch of discoveries underscores the critical value of basic science — by uncovering the major cause of CD4 T cell depletion in AIDS, Dr. Greene’s lab has been able to identify a potential new therapy for blocking the disease’s progression and improving on current antiretroviral medications.