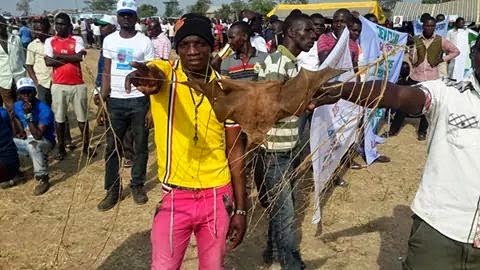 You won’t understand if you are not from Tiv speaking area of Benue state.
Ok Bat in tiv language is Nima; umbrella is also called nima and PDP logo is an Umbrella; infact PDP is called Nima ….So this innocent bat was crucified during an APC campaign in Buruku, the art of killing this bat is to show the people that PDP has been killed in Benue.

But is that possible? 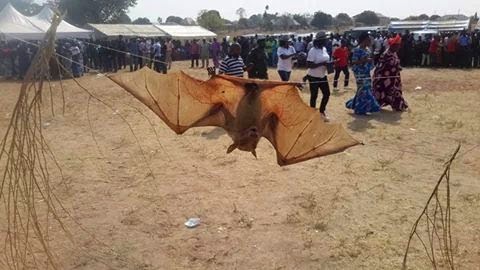