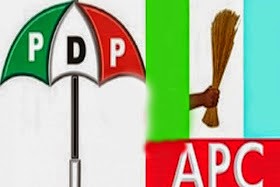 The People’s Democratic Party, PDP has slammed APC,describing them as a”waste basket”. After the APC primaries ahead of the2015 elections, PDP wrote this on Facebook page

“The APC All Progressives Congress is PDP’s waste basket. Many candidates who so far emerged from their (APC) primaries are either expired substances or spent quantity dumped by our great party.“
Besides, three out of the four APC presidential candidates were PDP members while over one third of the APC candidates for the National and State Assembly emerged from PDP dump site,”

They listed those who they call expired Politicians  ..below 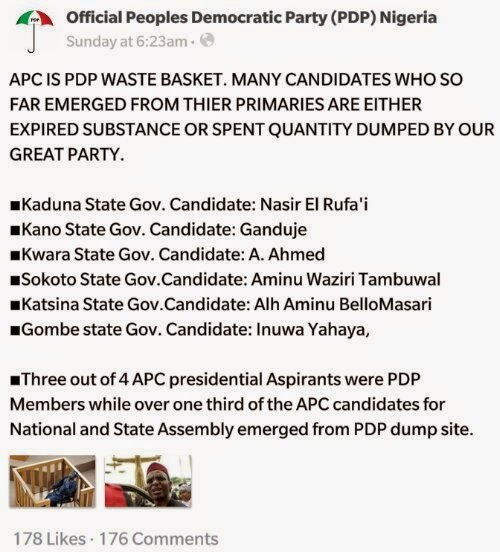