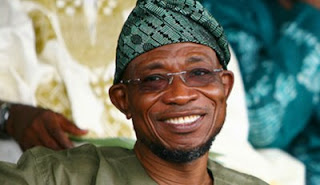 Osun State chapter of Social Democratic Party (SDP) has charged President Muhammadu Buhari to begin his war against corruption in the state, saying there was enough evidence to probe the Rauf Aregbesola-led regime.The state party chairman, Mr. Ademola Ishola, said in a statement on Monday that SDP was ready to help the newly installed Federal Government in its probe by unravelling several acts of financial recklessness engaged in by the All Progressives Congress (APC) administration in the state.
According to him, “A few days ago, my party called for the resignation of Mr. Aregbesola as the governor over the deplorable state of affairs in Osun but he has not responded to this.”We did not find ourselves in this pitiable situation in Osun due to the dwindling revenue from the federal allocation alone; we are where we are today because of the reckless manner our finances had been handled in the last four years.
“Now that the new government is settling down for work, we want President Buhari whose party has been at the helm of affairs of this state since November 27, 2010 to help us look into how the over N350 billion allocated to state from the federation account was spent.
“We must know how the over N436 billion allocated to the 30 local governments in the state, the N61.7 billion excess crude oil funds and the N14.4 billion SURE-P money were spent.”MORE TO FOLLOW