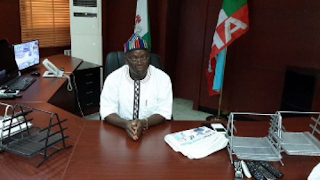 Benue State Governor, Samuel Ortom, yesterday announced the first appointments with Targema Takema as the Secretary to the State Government, Iwanta Adaikwu as Head of Service, Terwase Orbunde as Chief of Staff and Tahav Agerzua, as Media Adviser.
The Governor who made the announcement at the caucus of the All Progressives Congress, APC, at the old Banquet Hall of Benue Peoples House disclosed that the inauguration of the officials will be done at same venue tomorrow, today June, 2015