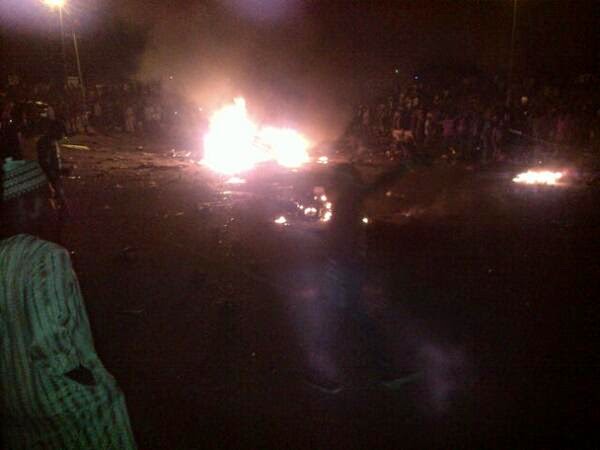 More devastating news for the country.
Sahara Reporters just sent out a tweet that National Emergency Officials have reported an explosion in Nyanya general area of Abuja.
The news organization spoke with several emergency responders heading to the scene. They are unaware of the cause of explosion.
Number of casualties is yet to be ascertained but a number of people have died and security officials have taken over the area.
The news comes after the tragic explosion at the Nyanya bus garage in Abuja on Monday 14th April 2014.
source bellanaija