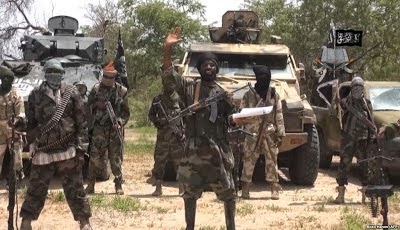 Security forces have arrested Boko Haram’s  professional cameramen who are experts in photo, video recording and filming of their attacks on communities and atrocities against innocent citizens. The terrorists were nabbed during patrols, surveillance and raid operations to track fleeing terrorists in communities around Adamawa State.According to Vanguard ,Confirming the development, the Director Defence Information, Major General Chris Olukolade said four of those nabbed as they tried to escape in an SUV jeep with digital camera and weapons were taken into custody.He added that they are helping in ongoing investigation in one of the barracks.Also after Thursday’s killing of 67 Boko Haram terrorists who tried to over run the dynamite manufacturing town of Ashaka in Gombe state; Nigerian soldiers on patrol on Saturday engaged another group of terrorists of terrorists in the Kwanta community of Yobe area.Military sources told Vanguard that apart from a number of terrorists that died in the encounter, some equipment and weapons were recovered from the fleeing members of the terrorists.The weaponry included rapid propelling guns (RPGs) tubes, machine guns while several rounds of different calibres of ammunition were also captured from the terrorists.