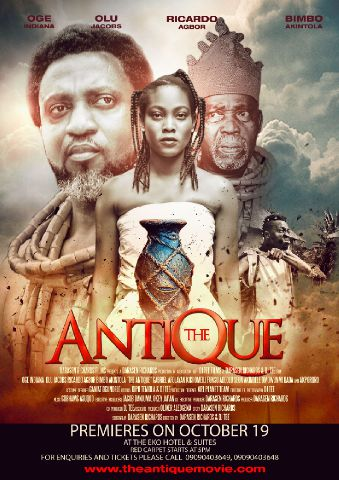 Godo Kingdom is in pandemonium as the only heir to the throne lies at death’s door. Therefore, an innocent girl must journey to a land where mortals are forbidden, in search of an antique. But will she return?
Synopsis/ Treatment
The Antique is a fictional story, inspired by events of the Southern Nigeria people in the 19th Century. With a technique that combines theatrical aesthetics and culturally derived meanings, cultivated for utilitarian purposes, this film highlights on the characters that fought to defend its rich culture and help build it’s kingdom.
The picture starts with a scene of a happy and successful community as they share their lot with one another, but there is a sudden turn of event as three strange beings invade the kingdom in search of an antique; which has the power to protect it’s people and sustain it’s royalty.
The kingdom’s warriors are overpowered and the invaders take away the sacred emblem, whereby bringing a curse on the land.
In the second act; several decades later, the current Oba’s only son is ill and at the point of death. As revealed by the witch doctor, the sickness is as a result of the missing antique. Therefore, to bring the circles of deaths and famine in the land to end, an innocent girl named Uki (Oge Indiana) is chosen to risk her life by journeying to the land where mortals are forbidden, on a quest to find and return the antique.
Three special warriors, who will stop at nothing until they achieve their purpose, accompany Uki. The journey proves to be a mission almost impossible as they encounter sinister immortal forces, which try to stop them from reaching their goal.
In every twelve there is a Judas; the witch doctor with a seductress named Isoken has a hidden agenda as anxiety back in the village unveils series of dynamics in the running of the kingdom. Meanwhile, the return of Uki and the warriors is uncertain.
TWITTER
@theantiquemovie , @INGY02
STARRING
OLU JACOBS
RICARDO AGBOR
BIMBO AKINTOLA
DIRECTED BY
Darasen Richards
&
DJ TEE 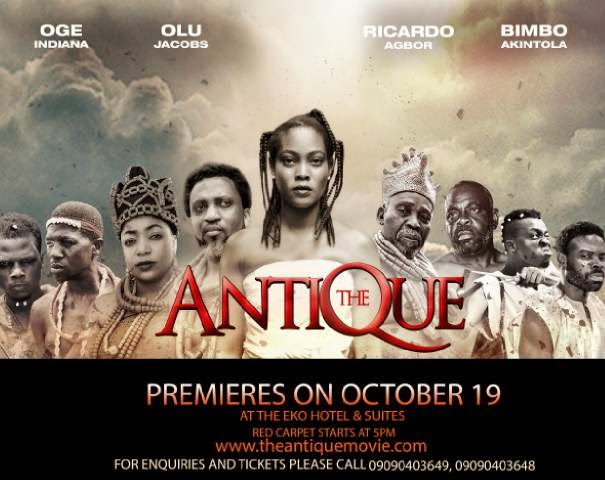