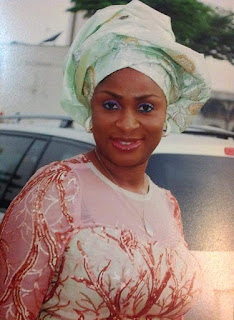 MRS. MIMI ADZAKPE-ORUBIBI hails from Kwande Local Government of Benue state Nigeria. She is the Last born of a family of three, born to the the royal family of Chief James Igino Adzakpe and Mrs Patricia Adzakpe.

Chief James Igino Adzakpe served the Tiv nation and died as the TER KWANDE and her mum Mrs Patricia Adzakpe also served the state in different capacities in the educational sector where she grew as a result of her hard work and dedication to head many schools in the state as Principal before she passed on.
MRS. MIMI ADZAKPE-ORUBIBI was born in November in the late 70’s, in kwande Local Government area of Benue State Nigeria. She attended Robert Francis Kennedy Nursery & Primary School Gboko, where she obtained her first school leaving certificate and thereafter went further to gain her secondary school education at Divine Love Catholic Girls Secondary School Katsina Ala.
She did not relent on her quest for greatness and love for education; this made her to go get a B.SC in Economics at the prestigious Ahmadu Bello University Zaria. She then proceeded for her NYSC in Abuja the nation’s capital as a law abiding citizen of our country should. She served in Abuja and even as a Corper she had started acquiring great experience as she served at NNPC towers Abuja.
Upon completion of her service to our great nation, a woman without vision would have felt getting a bachelor honorary in Economics is a great achievement but that was not the case for MRS. MIMI ADZAKPE-ORUBIBI as her undying taste for greatness, resilience and determination made her for further her education by going to get a masters degree (M.B.A) in Finance in another federal university called Abubakar Tafawa Balewa University Bauchi after she had completed her P.G.D program in finance in the same institution.
She became gainfully employed with the Federal Inland Revenue Service (FIRS) in 2011, and where she still works till date. She entered as a tax Officer II were she now rose to head several Sections including Head Returns and Payment Processing, Head Filing & Debt Enforcement, Head Tax Audit, Head Collection Monitoring, before finally becoming a senior manager in charge of tax till date.
Her professional affiliations include;
Member, Chartered Institute of Taxation of Nigeria (CITN) (2011).
Member, The Institute of Certified Public Accountants of Nigeria (2009)
Member, the Institute of Chartered Economists of Nigeria (ICEN) (2008).
Member, Nigerian Institute of Cost and Management Accountants (2005)
Member, Institute of Management (NIM) (2003)…… amongst others
These are some of the Workshops and seminars attended by MRS. MIMI ADZAKPE-ORUBIBI
2014 Towards Sustainable Development and Organizational Competitiveness in Nigeria, Pan African University, Lagos.
2013 Public Procurement for Sustainable Development (World Bank Sponsored).
2010 Relationship Management in Today’s Nigeria tax system
2008    Developing Relationship Management Competencies,
2007     Leadership Development, Leadership Academy,
From the above we can all see that she has exhibited leadership skills and has also shown her ability and capacity that she has worked in a more complex, tasking and competitive environment, therefore been the boss of BIRS won’t be an uphill task for her considering her wealth of experience but rather will be a plus to the Benue nation having her own daughter come back to help the state achieve greatness. She has also proven that she has vast knowledge in taxation laws and administration with strong ability to enforce laws. Her growth in her place of work has also shown diligence, hard work, consistency and resilience.
She has also carved a niche for herself in the revenue generation in FIRS, she is most suitable and most qualified for the job even if she applies for it. Those who have worked with her can attest to the fact that she is a no nonsense woman, good at multitasking and has zero percent tolerance for corruption, over the years she has exhibited, shown and proven to be  hard working, she exhibits a great sense of nation building in the FIRS.
Her successes and records have spoken for her. Like an adage says, “what a man can do a woman can do better” so we say, let’s give her a chance to contribute her own quota to help develop our Benue and give hope back to the people of the state. She has close to 15 years of experience in taxation and economic related issues. What other qualification are we looking for?
Just to put an icing on the cake, she did not only pursue a career without doing God’s will and purpose for her Life.  Also as a God fearing woman, she is married to MR. Iorwuna Dokubo Orubibi from rivers state and blessed with four lovely children (Damiete Terkura, Somina, Sotonye and Dokubo), two adorable boys and two delightful girls. This has also shown how descent and homely this woman is as she has brought up her kids in a god fearing manner.
She is a complete Nigerian; above all she is a true and complete Tiv child who has made the Benue nation proud. She is what the BIRS need to steer the state to greater heights. 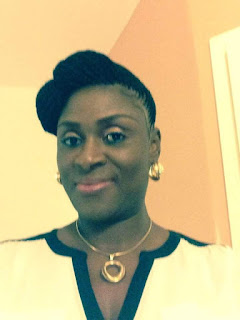 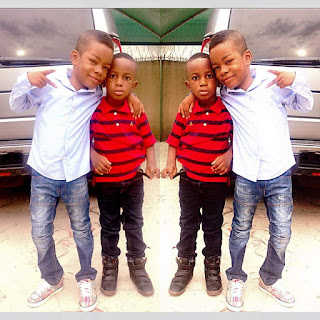