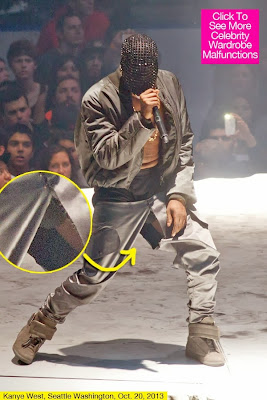 Kanye certainly has the balls to speak his mind, but this weekend he actually showed off a lot more than he bargained for during his concert in Seattle when his pants totally split at the seams, putting his crotch on full display.
Fortunately, his black underwear kept his privates in place.  And trust Kanye, he seemed unfazed by the wardrobe malfunction, continuing on with the show as if nothing happened.
I guess that’s part of his punishment for having some ‘Jesus’ make a surprising cameo at his concert and even sing along with Kanye. 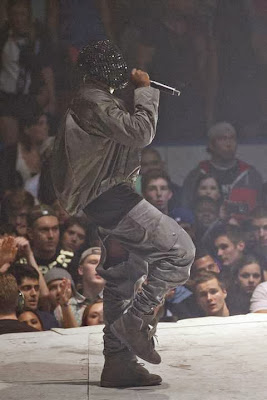 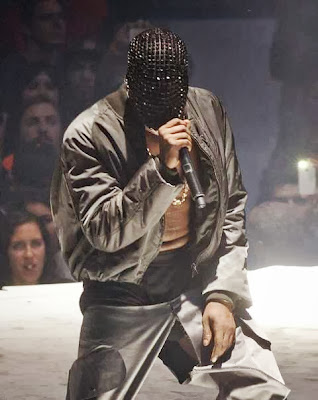 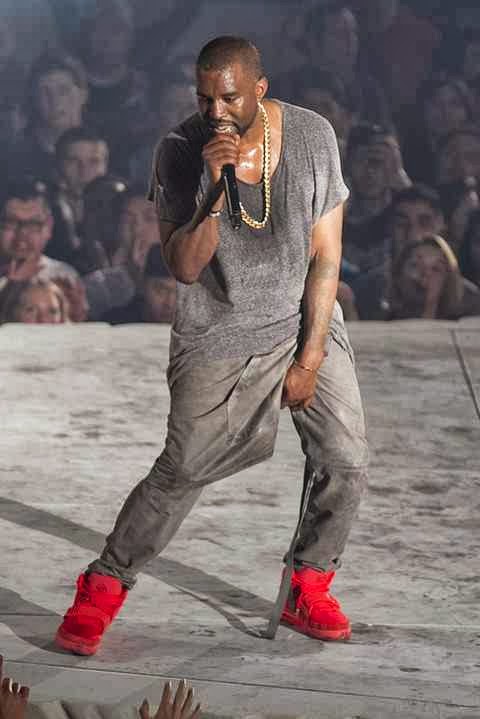