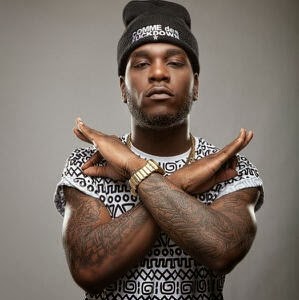 This is a report by The NET claiming Burna Boy has a criminal past, a period of his life he would rather not make public knowledge.
We are told on good authority that while in the UK back in 2010, Burna Boy was arrested by London Police for allegedly being part of a gang and stabbing someone to death. He was tried as a minor and sent to jail.
After 11 months, he was released and given two months parole plus community service on the grounds of being of ‘good behaviour’. But Burna is said to have disobeyed authorities and travelled back to Nigeria where he signed a record deal with Aristokrat.
He later travelled back to the UK but was arrested at the airport and deported to Nigeria. He is currently barred from the UK for the next 15 years.
If you recall last month I published a report that Burna is planning on leaving his record label..The NET also reports its true
We are told that problem ensued when his debut album ‘L.I.F.E’ dropped in August 2013. Burna Boy wasn’t pleased with the way the label handled the marketing and release of the album.Contrary to reports earlier published, Burna did NOT get a N10m upfront payment for the album. The artiste feels the label should have done better – probably with a high budget album launch, major campaign etc.
‘He can’t be told anything to do, he’s a big boy right now. He won’t just listen anymore, the label are frustrated with his actions’.
Burna has moved out of the house provided for him by the label in Lekki Phase 1 and relocated to house in Chevron Estate also in Lekki, Lagos. He has extricated himself from them and now handles his career with a former label employee who now only answers to him (Burna).