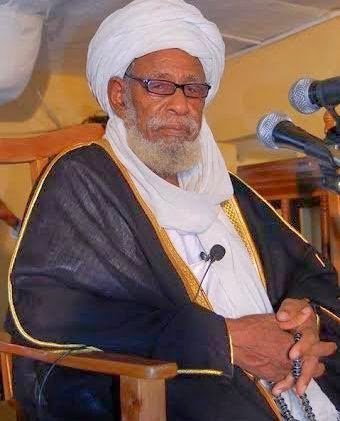 A bomb concealed in a red Volkswagen golf car one went off this afternoon July 23rd along Alkali road which leads to the popular Murtala Square in Central Kaduna killing at least 15 people.According to eyewitnesses, the bomb went off as a prominent Islamic cleric, Sheikh Dahiru Bauchi, drove past the road. They believe the bomb was target at his convoy but according to witnesses, the cleric escaped unhurt while passersby were killed. At least 25 bodies have so far been receoveredOther witnesses said the bomb was targeted at thousands of Muslims who gathered at the Murtala Square for Ramadan Tafsir under the leadership of Sheikh Bauchi. (pictured above)The cleric is said to be an outspoken critic of Boko Haram and was on his way to the Murtala Square when the bomb went off.Update: second bomb explodes in Kawo motor park area near I Division, Nigerian Army, Kaduna