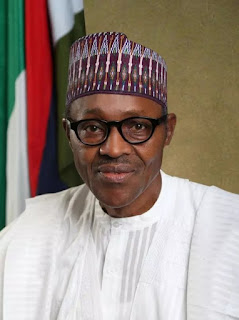 According to report by Punch, The United States of America has handed over the names of Nigerian oil thieves to President Muhammadu Buhari, a member of the President’s entourage during last week’s visit to the US.

“I can tell you that the President already has the list of names of the people engaging in the stealing of Nigeria’s oil. The list, when released by the President, will shock Nigerians. But let’s wait and see first,” the source said.

The source said Buhari was taken aback when he saw the names on the list and that the list given to the President by the US might compel him to probe the administration of former President Goodluck Jonathan.

A Presidency source also confirmed that Buhari had such a list but that “the President has been keeping the list to himself.”

The source, who told Punch correspondent about the list in the President’s possession, said the US gave Buhari two separate lists – one listing the names of top government officials who have been stealing the country’s oil, using their high offices to perpetrate the stealing; and the other containing the names of illegal oil bunkerers.‎

The President had said last week that some ministers in the cabinet of Jonathan were stealing as much as 250,000 barrels of Nigeria’s crude daily.

The Presidency source, who spoke to one of our correspondents on condition of anonymity, said Buhari had vowed that those whose names appeared on the list would not go scot-free.

“The President will probe all of them and make sure they return whatever fortune they had made from their thievery,” the source said.

The source said the President was already tinkering with the idea of constituting a panel to investigate those on the list with a view to arriving at how to deal with them based on the findings of the committee.

However, it was gathered that, unlike the usual probe panels, the President would likely set up a special security team to handle the probe.‎