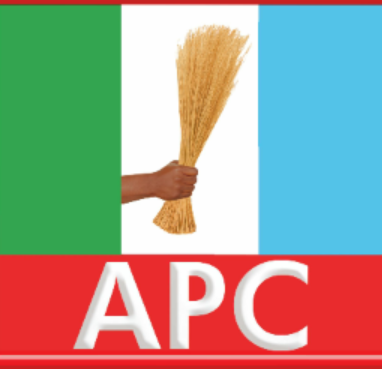 The Benue State Chairman of the All Progressives Congress, Comrade Abba Yaro, Thursday led thugs to beat up a House of Assembly Aspirant for Guma State Constituency, Barr. Mike Utsaha, for contesting the election unopposed.
The drama took place at the Benue State Secretariat of the party in Makurdi the state capital, just as the committee saddled with the responsibility of conducting the elections were not spared.The state Assembly primaries of the party were held last Tuesday across the country, but that of Guma was postponed to Wednesday for late arrival of election materials. According to Barr. Mike Utsaha, who was beaten by Comrade Abba Yaro and his team of thugs, materials meant for the conduct of the primaries were on Tuesday diverted by some persons who were traced and brought back to Gbajimba in the evening hours of Tuesday.
The primary election which was rescheduled to hold last Wednesday was again postponed on the auspices of Comrade Abba Yaro, who shifted the exercise to Thursday, 4th December, 2014. However hell was let lose when the woman in charge of the primaries in the state, identified as Mrs Okafor, an electoral committee member who came from Abuja to conduct the election dared to ask why the primary election was still being delayed, as according to records available to her, nobody was contesting the primaries with Barr. Mike Utsaha.
Source revealed that, the APC state Administrative Secretary, Mr. Mark Haamation, pounced on her and pushed her down from her seat, beating her mercilessly. Election materials in her custody were seized including Hon. Mike’s clearance certificate and torn by the state chairman who was assisted by thugs loyal to him.Yaro went after Mr. Babatunde, leader of the electoral committee that came from Abuja to conduct the election.
Barr. Mike Utsaha, who was video recording the drama was immediately noticed by the chairman and his cohorts.
He was thoroughly beaten with his agent, Ashinjo Peter, his agent and his phone almost snatched from him, but for his fastness, he threw it to his supporters who took it away. Investigations by our correspondent reports that the person allegedly contesting against Barr. Mike, Hon. Peter Agu, was not cleared for the election.
According to our sources, Agu did not even show up for the election because he was only been conscripted to act the drama.Mrs. Okaafor and other electoral committee members were escorted out of the APC premises by men of the State Security Service, SSS and whisked away to safety.
Source: fabmimi blog