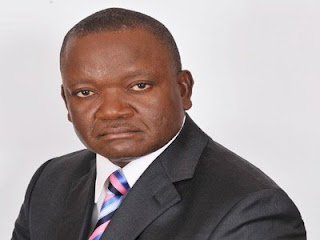 Governor Samuel Ortom of Benue State has said he inherited an empty treasury from the administration of the former governor Gabriel Suswam.
He made this disclosure in Makurdi while swearing in the Secretary to the State Government, Head of Service, Chief of Staff and Special Adviser on Media and Information Communication and Technology.
Ortom also said he is yet to ascertain the debt profile of the state considering the huge salary arrears, allowances, pensions, retirement benefits, bonds as well as other obligations to contractors.
“As I said during my inaugural speech, I will carefully study the handover notes and crosscheck it with the true situation on ground and inform the public accordingly
“As we speak, the state treasury is empty. There is nothing in the treasury. I am not witch hunting anybody but the truth must be told.
“Any project, programme or policies of the past administration that are wrong will be reviewed and corrected accordingly,” he said.
He said that his administration will have zero tolerance for corruption.  Ortom urged all political appointees to be ready to provide selfless services to the people.
He said any government official found wanting would be severely punished according to the rule of law.