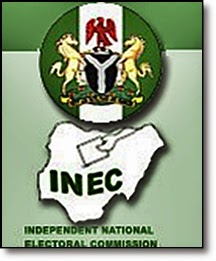 The real reasons behind the decision of the Independent National Electoral Commission to postpone the general elections have emerged.
Chairman of the commission, Attahiru Jega, who has been under immense pressure lately, made the announcement for the shifts in election dates, yesterday, at a world press conference, invoking the provisions of the following in the 1999 Constitution of the Federal Republic of Nigeria as amended: Section 76(2), Section 116(2), Section 132(2) Section 178(2).
He also quoted Section 25 of the Electoral Act 2010 as amended.
Jega explained that INEC was prepared but the security challenge and the need not to deploy men and materials when the security agencies had issued an advisory, made the commission postpone the elections.
“We are not being forced by anybody to take this decision,” the INEC Chairman claimed.
“This is a decision that we had to take by ourselves. They were not pleasant decisions to take but we had to take the decisions.  Nobody has forced us; nobody has coerced us.  We stand by this decision.”
However, Jega admitted that with the new dates, the Commission stands a better opportunity of fine-tuning some of its processes.
Although Jega claimed that the level of preparedness of the commission was better than how it was on 2011, there are several things yet to be put in place.
A status report published by Vanguard, which cited sources, revealed that training manuals for ad hoc staff are not ready. Presiding Officers are also yet to be trained.
Other points in Vanguard’s report include the following:
– 700,000 ad hoc staff not recruited yet
-PVCs still being printed abroad
-RECs yet to print Voter Register
– Printers for Register still in Abuja
– No full complement of ballot boxes
-Fake printing ink sent to states from headquarters rejected
-Many states yet to get balance of Card Readers
The presidential and National Assembly elections, earlier slated for Saturday, February 14, 2015, will now hold on Saturday, March 28, 2015.
The governorship and state legislative elections will hold on April 11, 2015.