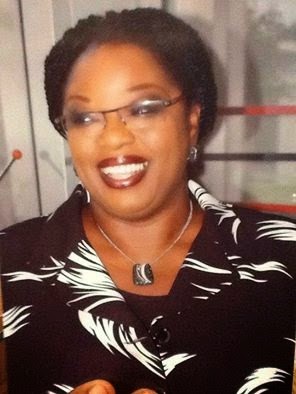 A popular Lagos-based legal practitioner and Human Rights lawyer, Mrs Ola Adeola has died.
The notable lawyer was found in the pool of her own blood at her residence in Lekki area of Lagos this Sunday.
The deceased who is the daughter of Justice Ebenezer Craig, ex-Ogun Chief Justice was allegedly murdered by her driver and house girl this past Sunday.
Adeola was killed in a similar manner to that of another woman murdered in Lagos recently. A source told The Nation that her throat was slashed with a kitchen knife and her esophagus removed by those who murdered her.
The murder happened at No 108 Omisore Lane in Oniru Estate day before yesterday.

As at the time of this report, her killers are said to be on the run.
Ola Adeola’s corpse has been transferred to LASUTH mortuary for autopsy
Police said two additional suspects had been arrested in connection with the murder.
What a wicked world!!!! May her soul rest in peace (amen).