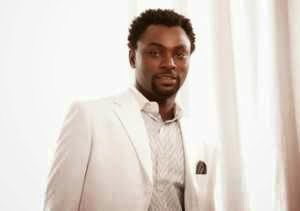 Etcetera in a recent chat with Rose Peters-Graham, has spilled the beans. Etcetera accused Nigerian male celebrities of hopping on planes to Abuja just to search for a senator who would be their next sugar mummy or a highly connected woman they can marry. He also said the women have since turned these men into their S3x toys, replacing them at will, week in, week out. He said a lot to Rose, lol and also wonders why men who are married to female celebrities ignore their wives waywardness even when they know they are sleeping with politicians and other men in power, lol. Read part of the bombshell he dropped after the cut. “It is so appalling how some Nigerian men in the entertainment (industry) are becoming enslaved to women because of money. How can a man be so emasculated? Where is our pride?”, Etcetera first narrated. Then he went on to reveal that; “Each time an entertainer boards a flight to Abuja, you begin to wonder if he’s going for a public event or a private one. Our male celebrities are unashamedly becoming S3x toys and pleasure gadgets to female senators and Alhajas. What’s happening to Nigeria men?” “It is so appalling to hear talks of how a former Senator has so many male celebrities on rotation for her weekly pleasures. Even the supposedly gospel musicians are at the fore front of this ridicule…Also, a man knows that his wife is sleeping with politicians and other societal big wigs for money and he closes his eyes to all the insults. What’s going on?” he queried.