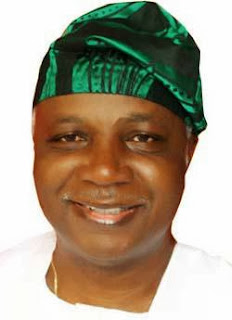 “Before he became a governor, Olusegun Kokumo Agagu was the Aviation Minister under Olusegun Obasanjo.
Under his watch Aviation sector in Nigeria became a death trap and a nightmare for many travellers. Mr. Agagu did nothing to revive or help the sector, but he helped his pocket. His dead body “re-died” alongside of his many other family members, a day before his internment.

This reminds me of Abdukarim Adisa as minister of Works in Ibadan, Oyo State. Although he was from Ilorin, Adisa refused to fix the Ibadan Ilorin road, Few years later he died in an accident on the same road.

I hope all the other imbeciles ruling Nigeria know that life & death can also be a metaphor. Corruption has a way of fighting back, when you least expect it.

Fix Nigeria, You will not only invariably fix your family in the process, but your future, and your future resting place. I hope Senator Adeseye Ogunlewe & President Goodluck Jonathan is reading this!!! (sad)