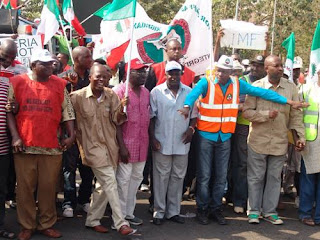 The Trade Union Congress (TUC) and the National Labour Congress (NLC) have directed their members nationwide to prepare for a protest against the Senate’s decision to transfer the national minimum wage from the executive list of the constitution to the concurrent list.

In a release signed by the TUC president Comrade Bobboi Bala Kaigama and the secretary-general Comrade (Barr.) Musa Lawal, the union informed that the protest would begin on September 17.

According to the TUC, the removal of the national minimum wage from the executive list would prevent workers from earning as much as they should.

The union said further in the press release that the Senate’s move was influenced by the state governors, and they enjoined Nigerians to support the union in resisting the Senate.

“We will never allow this,” the TUC press release partly read, “because even if the states legislate for state workers (concurrent), who legislates for the private sector? This is why we must mobilise to kick against the Senate’s position.”