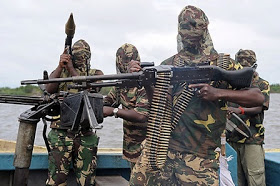 Nigeria has been described as the second most deadly country in the world after Iraq and has also been ranked amongst the most violent nations globally following incessant attacks on the country by Islamist sect, Boko Haram, in 2013 and 2014 by Global Peace Index rankings.
According to the ranking, Nigeria is now the second most deadly country for terrorism after Iraq, experiencing 140% increase in deaths to 4,392.

Boko Haram’s massacre of over 2000 civilians in Baga, Nigeria in January 2015 was also labelled the most deadly terrorist incident since 9/11.