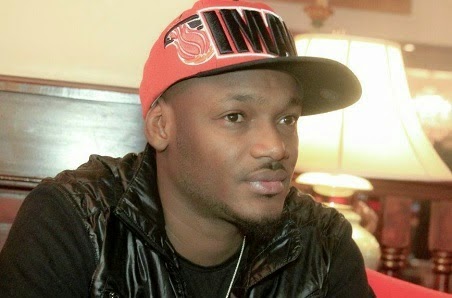 2face Idibia is currently leading a campaign, ‘Vote Not Fight’, which aims to sensitize the public on maintaining peace during the elections.
In a recent interview with PulseNG, 2Face Idibia purged his mind on the postponement of the February 14 elections.
Legendary 2Face said;
“You know one thing about life and Nigeria; the people have sat down and done nothing for so long. And that’s the reason why you see many of these things happening.
“Because if you are somewhere and you believe that the people cannot do anything, then you’ll always do things with impunity, you don’t care. You already have the mind-set that the people cannot do anything.
“But if the people really stand up this time around, go out, vote, and make sure they monitor their vote, in a non-violent manner, and come out, and really start talking. We need brave people now to come out and start talking.”
2face further pointed fingers at the National Assembly, citing their refusal to address issues as a contributing factor for the state of things.
“All these things that are happening, the National Assembly and the Senate are so quiet. They are supposed to be the ones making sure that everything goes right. It’s just sad, it’s just crazy.
It’s shameful, we are turning into a laughing stock. It’s as if we don’t have any brain,  it’s as if we are just moving blindly. The citizens need to step up. We need to step up in a non-violent way” he concluded.