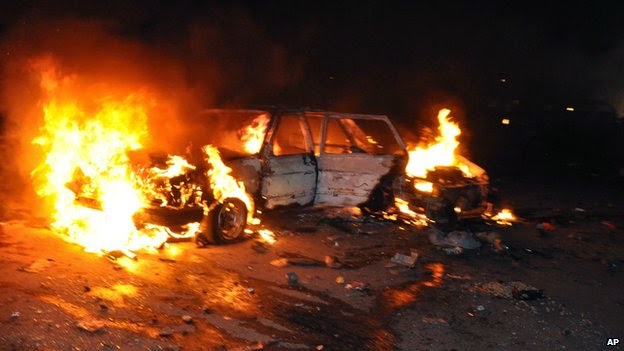 A bomb has exploded in Kano on Friday evening as people were rushing home after the day’s activities.
The explosion which occurred along Maiduguri road opposite NNPC fillin station in Hotoro area of Kano killed unspecified number of people and injured several others.
Resident of the area said they heard a loud explosion which shook many buildings in the area.
A combined team of soldiers and
policemen, as well as firefighters, were
seen moving in a convoy to the cordon off the area.