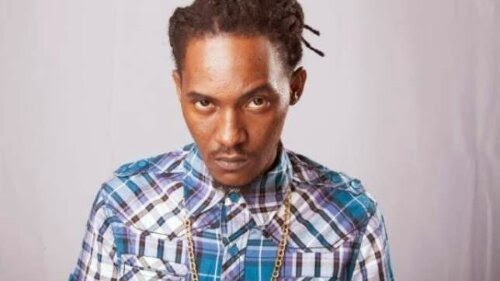 Ace rapper Jesse Jagz said in a recent interview that Chocolate city was never a group.
The singer, who is a brother to The Chairman Jude “MI” Abaga,  spoke about his departure from the label and the effect on his career in this recent interview.
Read the interview  below:
What defines Jesse Jagz as a brand?
I guess it is the freedom and confidence to express myself without the fear of compromise, criticism or opinion. I would say that is basically what Jesse Jagz brand is about.
What was it like being a part of Chocolate City family?
I would say it was a nice learning and working experience for me. It is quite memorable as well. Chocolate City was family to me before I got signed on and they still are.
What was your reason for leaving the group?
We were never a group. When I left Chocolate City, my contract was as a solo artiste. We had always been solo artistes. So, I didn’t leave a group. I left solely to make the sort of music that I always wanted to make. It was a professional decision that I had to make.
How easy was it, having to part ways with your brother, MI?
MI is my brother, not my label mate. He is my brother and he is so dear to me. I knew the media would construe it as if we had differences. The only problem I had leaving was public perception. MI is my brother. I parted ways with a record label, not my brother.
MI implied in a report that your exit from Chocolate City came as a shock to him. Didn’t you carry him along?
We didn’t sign as a family or partners. It was a personal step to take. The decision to sign and leave was mine. There are decisions you have to make for you and only by you.
Brymo has also left the label. Is there something going on within the label that fans don’t know about?
Brymo didn’t get signed by his label mates; he signed with the company, which has staff members who are not artistes. So, whatever Brymo’s issue is, it could only have been with the record label.
So, how has it been since you parted ways with Chocolate City?
It has been challenging but rewarding. It has been a whole different experience.
How is your relationship with the members of Chocolate City family? Many believe that you are not in good terms with them?
We are on good terms. I am good with everyone. Relationships evolve and change and you must make room for adjustment. We are always going to be family. It is part of friendship and growing up. I can’t be bothered by other people’s opinions. I never have and I never will be bothered.
Who do you look up to in the industry?
I look up to no one. I am inspired and have been inspired by a lot of great people, but I look up to me. I don’t want to be like anyone out there.
If you had the opportunity to change something about the music industry, what would it be?
It would like to see an industry built on standards, ethics and merit.
What is your relationship now with your baby mama? When do you intend to settle down?
We have always been close friends. I really can’t say when I’m settling down. The answer eludes me.