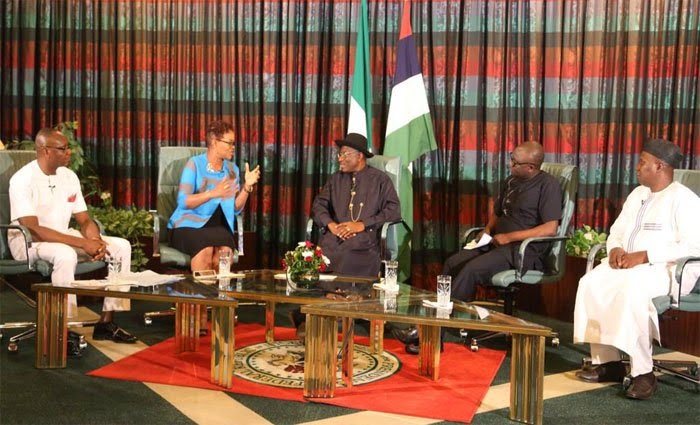 President Goodluck Jonathan has stated that the Independent National Electoral Commission, INEC, did not consult with him before it decided to reschedule the general elections in Nigeria.
The INEC chairman, Attahiru Jega, last Sunday announced that elections billed for February 14 and 28 would now hold on March 28 and April 11. He said the service chiefs had warned that the military will not be available to provide security during the election.

Many Nigerians, opposition politicians and most recently former President Olusegun Obasanjo have accused Mr. Jonathan and his party, the PDP of being behind the shift.

The President said it was within the powers of INEC to postpone the polls, even as he argued that beyond the security concerns raised by the relevant security organs, the electoral umpire themselves were unable to distribute enough permanent voters cards to eligible Nigerian voters.

“In Lagos for example only 38 per cent of voters have their PVCs, so if you hold elections there 62 per cent will not be able to vote,” he said.
Asked whether there will be another shift if the military are unable to defeat Boko haram in six weeks, Mr. Jonathan said the focus of the government is not to wipe out Boko Haram completely, but to “reclaim lost territories”.

He said the government simply wants to create a situation whereby all Nigerians displaced from their homes will be able to return and elections hold there.
He said the military is already making progress especially with renewed cooperation from Nigeria’s neighbours.

“Nobody is saying Boko Haram must be wiped out completely before they conduct elections,” he said. “In the next four weeks Nigerians will see the difference in the security intervention in the North.”
The President also reassured that elections would hold within the stipulated time and a new president would be sworn in by May 29.