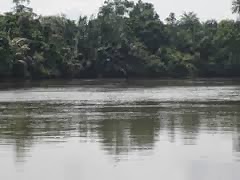 A man threw his wife and four-month-old daughter into the Sindh River off a bridge in Bhind district. The woman miraculously survived the 200-feet fall but, the infant
has not been traced yet.
The man committed the crime in a drunken state after a quarrel with his wife. The woman had been ostracised by her family and in-laws on suspicion of infidelity.

The woman’s husband works in a private company in Delhi and she had earlier gone to the city to look for him, but was unable to locate her his house and wandered around in the capital for four days. This led him to suspect her.

Police said the accused, Rajeev Jha, 27, tried to murder her wife and baby on the instigation of his parents and in-laws. They were married for seven years.

The incident took place near Medha villager under Ron police station-around 25 km from the district headquarters.

Jha, a resident of Bhind’s Lapwaha village under Lahar police station was arrested from his home early on Sunday. He has been charged with attempt to murder.

Local divers are scouring the Sindh river for his infant daughter