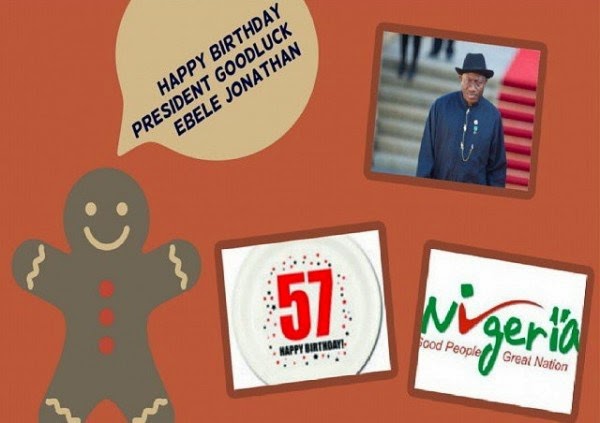 Our amiable President, Commander in Chief of The Armed Forces, of The Federal Republic of Nigeria, is 57-years-old today! Goodluck Ebele Azikiwe Jonathan, GCFR, BNER, GCON – was born November 20, 1957.
A massive Happy Birthday to him from EazyGist.com and the entire EazyGist Media crew In celebration of his big day, here are 10 interesting facts you need to know about our president…
* Jonathan was born in Bayelsa State to a family of canoe makers
* Jonathan holds a B.Sc. degree in Zoology in which he attained Second Class Honours
* He holds an M.Sc. degree in Hydrobiology and Fisheries biology, and a PhD degree in Zoology from the University of Port Harcourt
* Before he entered politics in 1998, he worked as an education inspector, lecturer, and environmental-protection officer
* He was Governor of Bayelsa State from December 9, 2005 to May 28, 2007
* He became the Vice President of Nigeria on May 29, 2007 (late Umaru Musa Yar’adua was President)
* In 2010 after Yar’adua’s death, Jonathan assumed the position of interim president
* He has remained the president of Nigeria since 2010
* Jonathan and his wife Patience have two children
* He is a Christian, and he comes from the Ijaw ethnic group.