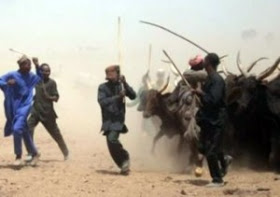 A Benue indigene, simply identified as Msugh Daniel was during the week killed by unknown gunmen on his way to Takum LGA of Taraba State for an official assignment.

Daniel, a father of three was reportedly attacked and killed by some persons believed to be Jukum natives of the state. The attackers cut off his head and took it away.