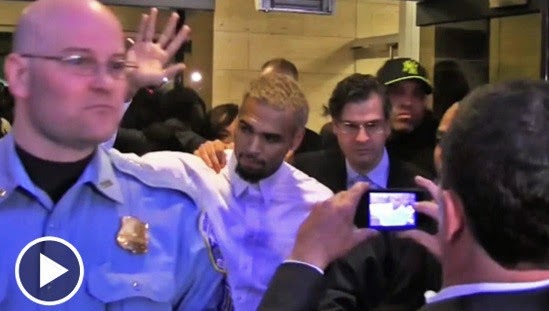 Chris Brown catches another break! According to TMZ, he was released a few hours ago without bail and the assault charge has been reduced from a felony, which could have landed him in prison, to a misdemeanor. He’s also required to stay 100 yards away from the man he allegedly punched in D.C yesterday.

Chris, who has been in custody since the incident, had been ordered to take a drug test, but the judge vacated that order. His bodyguard’s charge was also reduced to a misdemeanor.