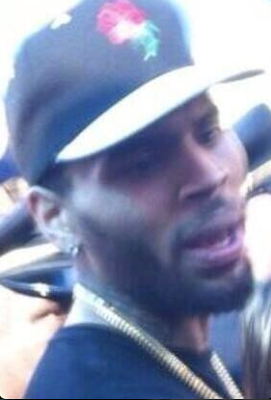 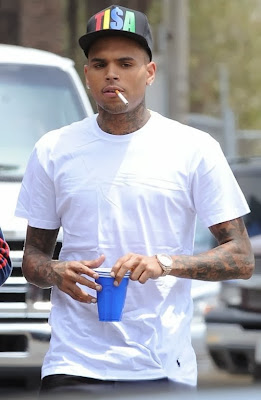 Chris Brown has got to take it easy before they lock him up for good. He was arrested this morning for felony assault after attacking a man outside a Washington DC hotel …

Chris Brown was arrested in Washington D.C. this morning for felony assault after allegedly attacking a man outside a hotel … TMZ has learned.

Law enforcement sources tell TMZ … at around 4:30 AM Brown got into an argument with a man outside the W Hotel on K Street and allegedly punched him once in the face.  We’re told the alleged victim never threw a punch.

The alleged victim tells TMZ … he and a friend were hanging out at the W when they saw two woman about to take a picture with Brown. The victim — who says he’s not a Chris Brown fan — says he and his buddy photo bombed the 2 woman and Chris went nuts, punching him in the face and breaking his nose.  He went to the hospital and says he may need surgery as early as tomorrow.

There’s a different version of what happened. Find that after the cut…

Law enforcement sources and the alleged victim tell TMZ … before striking the man, Chris said, “I’m not into this Gaey s**t, I’m into boxing.”  After Chris punched the man, the fight was taken to the ground.

Sources connected with Chris tell TMZ … the alleged victim is full of BS. He was NOT trying to take a pic with Chris … he was trying to get on Chris’ tour bus, and Brown was simply trying to stop a trespass.  The sources say before the incident the 2 girls tried to get on the bus but they were stopped, and that’s when the victim and his friend made their move.

Law enforcement sources say Chris did not appear to be under the influence of anything.

Chris and his bodyguard — who was also arrested — will stay in jail today. Under DC law Brown can’t get bail so he’ll appear before a magistrate Monday, and until then he’ll stay behind bars.

The alleged victim tells TMZ he doesn’t understand why Brown was “so H0mophobic” to hurl such a slur.  And get this … the victim says he would have accepted an apology at the scene, but now he will absolutely press charges — and he’s already hired a lawyer.

Brown is still on probation in the Rihanna beating case and this could be grounds for violating his probation — which means he could be sentenced to prison for nearly 4 years … worst case scenario for him.

Before the incident, Chris had been hosting a party (pic below) at the nearby Park and 14th nightclub. 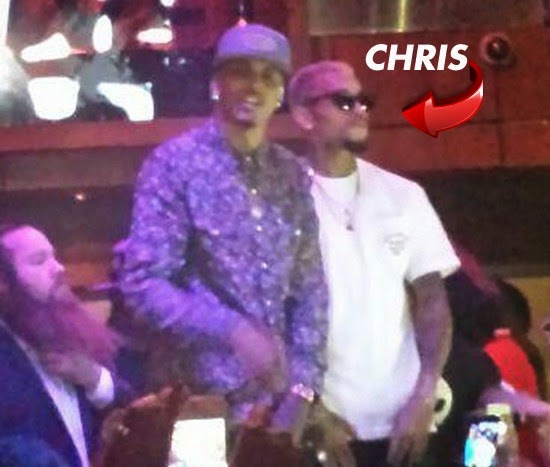