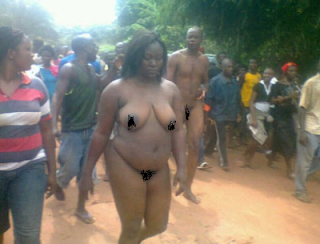 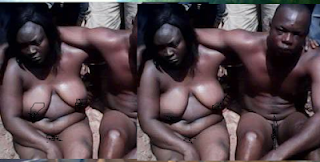 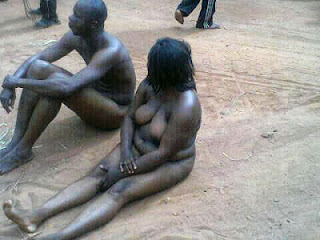 According to the story, the woman is said to be the wife of a popular school proprietor in the area who was caught cheating days after he died . She lost her husband on Tuesday.

According to the Orokam culture, there is an oracle called “ALEKWU” in the town which punishes married women who cheat on their husbands and also deters people from committing atrocities.

This oracle warns husbands of adultroeus women to perform certain rites for cleansing of himself & family or die.

They claim the proprietor died because he didn’t heed to the warning of the oracle so the cheating couple had to walk the town Nak3d to cleanse the land and she was sent back to her father’s house and banned from attending her husband’s funeral.