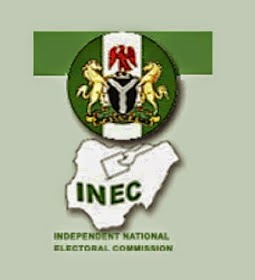 Bauchi—The Independent National Electoral Commission, INEC, in Bauchi State has warned that any political party or politician who used religious sentiments for their campaigns would be made to pay N1 million fine or face 12 months of imprisonment.
The warning by INEC is coming on the heels of allegations that some politicians who were threatening some PDP supporters in Darazo Local Government based on their choice of presidential candidate.
The State INEC Administrative Secretary, Emmanuel Umenger who spoke yesterday during an interactive session with stakeholders in the local government including traditional leaders, security agents, NYSC members and party leaders in continuation of the commission’s familiarization tour of the 20 local government areas in the state.
He said that the aim of the familiarization tourwas to enlighten stakeholders at the local governments on the level of preparedness of the commission towards the polls and canvass for the support of the electorates in ensuring a successful process.
According to the secretary, the commission was against electioneering campaigns based on religious sentiments adding that any political party that was caught in the act will be prosecuted.
Umenger said, “Section 102 of the electoral act as amended frowns against campaigns based on religious sentiments. Campaigns by political parties should be issue- based rather than along religious lines.
“The commission is equally against political parties intimidating the electorate based on their choice of candidates. Electorates are always at liberty to vote for any candidate they chose and should not be threatened because of their choices.”
In his response at the interactive session, the new state INEC Commissioner, Professor   Hamman Tukur Sa’ad condemned the intimidation of electorates, saying that any threat to life or property should be reported to security agencies.
He warned against the politics of violence and urged local government authorities not to interfere in the electoral process.