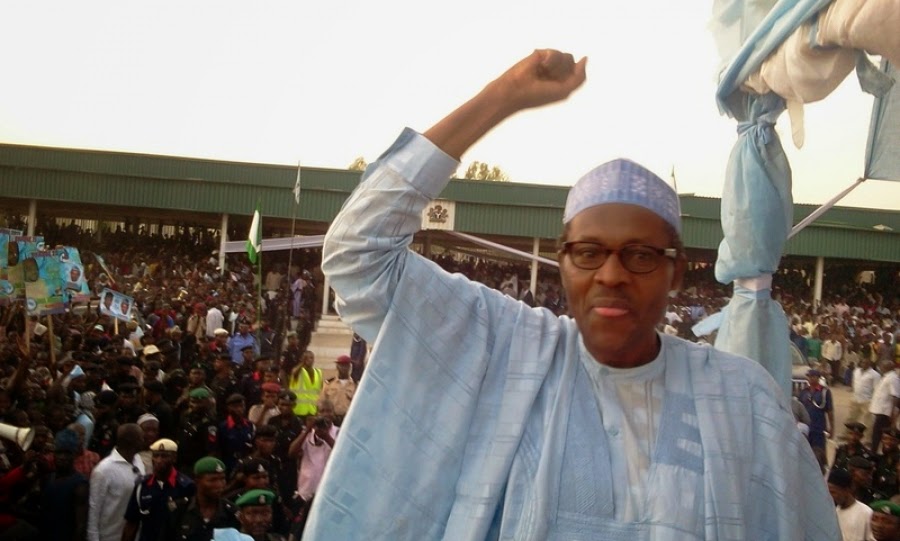 MAKURDI — A chartered aircraft conveying former Head of State and All Progressives Congress, APC, presidential aspirant, Gen. Mohammadu Buhari (rtd) and his entourage, was yesterday allegedly denied landing rights by the authorities of the Federal Airports Authority of Nigeria, FAAN, in Makurdi, the Benue State capital.

Eazy Gist gathered from a reliable source that Buhari, alongside his entourage, was travelling from Bayelsa State to Makurdi to woo delegates of his party ahead of the APC delegates congress scheduled for December but had their flight denied permission to touch down in Makurdi.
According to him, “the flight was earlier granted landing permission but we were all surprised when half an hour to his arrival, a counter directive was issued mid-flight thereby forcing the aircraft to head to Abuja.
“What they did was evil and dangerous, what if the plane was low on fuel, what do think would have happened? Desperation has set in in our politics and it is posing grave danger to our democracy.”
Contacted on phone, Benue State Chairman of the APC, Comrade Abba Yaro, confirmed the development, describing it as unfortunate.
He explained that loyalists of the party, who had laid siege to the airport yesterday morning were disappointed and had to disperse when they learnt of the unfortunate development.
He said: “We will certainly react to this ugly incident because what they have done was not only callous and wicked but also unacceptable in modern day Nigeria.”
All attempts to speak with officials of FAAN in Makurdi on the matter failed as they all declined to comment on the issue.