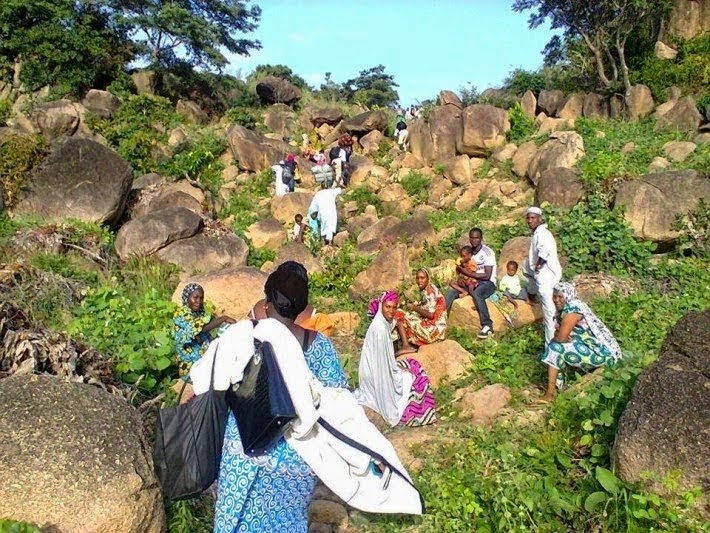 Boko Haram members who captured Mubi town in Adamawa State has renamed the town as Madinatul Islam, meaning the City of Islam. Here’s how Premium Times reports it;

Contrary to the claim by the Nigerian military that it is on top of the security challenge in the commercial town of Mubi in Adamawa state, the dreaded Boko Haram sect is consolidating its position in the the captured town and has indeed renamed it “Madinatul Islam” meaning the city of Islam.

Aliyu Bala, one of the residents, who could not leave Mubi at the time of the invasion of the town by the insurgents, disclosed this in a telephone chat with journalists. He said the insurgents had taken complete control of the town.

“They mounted check points and surveillance at strategic locations, brandishing riffles but asking us not to panic or run away,” Mr. Bala said.

The trapped Mr. Bala said despite assurances of safety given to them by Boko Haram, thousands of the trapped residents have been sneaking out preferring not to take any chances.Sunday Wugira, a Yola-based legal practitioner who went to Maiha town to pick up his aged parents that fled Mubi when it was captured said, despite the assurance by the insurgents several trapped residents are still fleeing, including soldiers.‘’I was in Maiha few hours ago,” he said “The pathetic plight of the people I saw was simply beyond imagination. We were in a commercial bus when some fleeing soldiers said we must adjust for them to get space in the bus to flee, which we objected to. It’s unfortunate that even soldiers joined civilians to run away.”Meanwhile, Boko Haram have urged displaced residents of captured communities of Adamawa state to return home, assuring them of safety in the “Islamic Caliphate.”Four local governments: Michika, Madagali, Mubi North and Mubi South of Adamawa State, have fallen under the grip of Boko Haram leading to the displacement of thousands.A resident of Uba town, Salisu Baba, said normal activities have picked up in the captured territories as Boko Haram enjoined residents to go about their normal activities and open their shops for business.The resident added that the insurgents have warned politicians not to try to hold any election in the state, vowing to frustrate such actions.The terrorists also vowed to capture the entire state soon.“The insurgents have assured people of freedom and have been telling shop owners to open their shops threatening that anyone who fails to open their shop will have it broken into,” Mr. Baba said.“Whenever the insurgents want any commodity, they pay for it. This encouraged meat sellers, tea sellers and others to open for business,” another resident disclosed.“They provided security during the market day of Uba town last Thursday while promising to continue to give marketers and residents who come to the area utmost security as long as they comply with Islamic rules.”“They have opened one of the filling stations belonging to A.A Garba in Uba town as motorists’ troops to buy the commodity due to high demand,” Mr. Baba said.