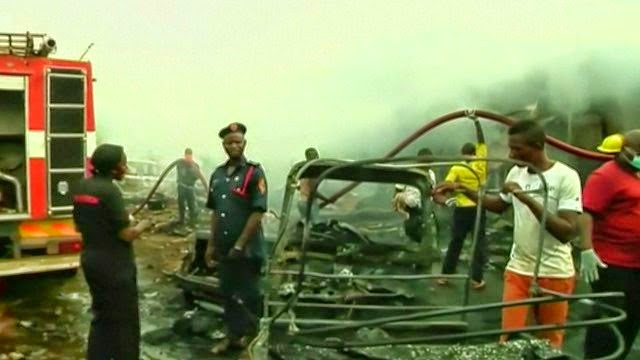 The Islamist group Boko Haram has been accused of killing 17 people in an attack on a village in north-east Nigeria, close to where hundreds of schoolgirls were seized. This comes a day after 118 people died in the Jos twin bomb blasts.

In the latest attack, BBC reports that Boko Haram fighters reportedly spent hours killing and looting in the village of Alagarno. Alagarno is near Chibok, from where the schoolgirls were abducted last
month. People in north-east Nigeria are extremely vulnerable to attacks because many areas are no go zones for the military and the insurgents operate freely, the BBC’s Will Ross reports from the country.

Witnesses in Alagarno said the suspected Boko Haram fighters arrived close to midnight, and killed and looted for hours before leaving in stolen vehicles. One survivor told the BBC that every single building in the village had been torched.