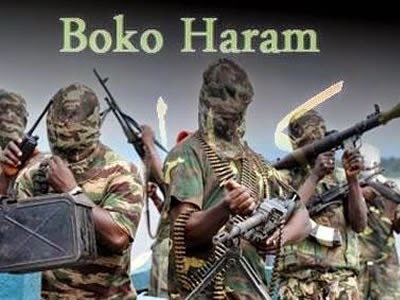 MAIDUGURI (AFP) – The Nigerian city of Maiduguri may be calmer than this time last year but locals in Boko Haram’s spiritual home still feel under siege, afraid to venture beyond the city limits because of the high risk of attack.

Civilian vigilante groups chased the militants out last June after a wave of almost daily bombings, shootings and a scorched earth military response that saw civilians pay a heavy price.

A bomb also ripped through a crowded market in January, as Boko Haram’s violent campaign to create an Islamic state in northern Nigeria entered its fifth year.

But the greatest fear is what lies beyond: heavily armed gunmen prowling in the bush, blocking roads dressed in military uniform, targeting motorists and rampaging through villages.

Despite the relative calm in the northeastern city, resident Ari Kaka said: “We are practically under Boko Haram siege.

“It is always a nightmare leaving the city because Boko Haram often set barricades on major roads, robbing and killing travellers,” he told AFP.

“Leaving the city is delving into the unknown, with the prospect of bumping into murderous gunmen very high.”

He describes the seven-hour drive as “an emotional torture”, fraught with the danger of running into marauding insurgents.

His fear is justified.

They shot and slaughtered travellers before razing a large part of the nearby town of Benisheik, which still lies in ruins.

“I shudder each time I pass through Benisheik because the destruction reminds me of the carnage and reinforces the fear that Boko Haram could be lurking in the bush and can attack at will,” he said.

Maiduguri university student Hamida Mahmud comes from northern Jigawa state. She says the five-hour return trip, after visiting home for the holidays, is a nervous experience.

“The day before school resumes, I keep an all-night vigil praying for divine protection against Boko Haram on my way back,” she said.

“It is always a tense trip and I only feel safe when I enter the city.”

– No travel after sunset –

Motorists breathe a sigh of relief when they reach bona fide military and police checkpoints.

People say that no one minds paying a “token” to pass through, despite signs warning against the practice.

“I know it is illegal to pay money to the soldiers and policemen manning the checkpoints but I’d rather part with a token than be butchered by Boko Haram,” said bus driver Adamu Nata’ala, who regularly travels the route between Kano and Maiduguri.

As a precaution, motorists try to ensure they reach Maiduguri before sunset and usually drive in a convoy.

The burnt-out shells of cars and trucks litter the highway, a constant reminder to motorists of Boko Haram’s presence.

“Boko Haram can strike at anytime but they are more likely to attack highways in the evening, which is why we make sure we set off early in the morning and arrive in Maiduguri in the day time,” he said.

In March last year, Boko Haram, whose name loosely translates as “Western education is forbidden”, attacked and burnt Mainok and Jakana villages along the Kano highway, killing about 80 people.

Both attacks were carried out after sunset.

Travelling north towards the border with Cameroon and Chad, where Boko Haram’s campaign is largely concentrated, is even worse for Maiduguri’s embattled residents.

“I have not been to my hometown to see my family in the past two months because I’m afraid of Boko Haram ambushes on the way,” said Ibrahim Grema, who comes from Bama, 70 kilometres (40 miles) away.

Boko Haram fighters move frequently in the area between Maiduguri and Bama, but the motorists who run into them rarely live to tell the tale, he added.

The insurgents have makeshift camps in the Sambisa forest and around the town of Dikwa. To reach both, they have to cross the Maiduguri-Bama highway.

“They cross the highway at least four times in a week to and from the two camps, which is why people try to avoid the highway,” said Grema.

“It is safe in the city but once you step out you don’t know what lies ahead.”
SOURCE:VANGUARD